Gallbladder Discussion – Do Gallstones Cause Cancer?

With the prevalence of gallbladder removal surgery, or cholecystectomy, there are a number of misunderstandings about gallbladder disease that are worth addressing and discussing. One of these is whether gallstones can actually cause cancer.

To be sure, there are patients out there that have had their gallbladder removed and the pathology report has come back positive for gallbladder cancer. However, in most cases the cancer is unrelated to the gallstones themselves. We don’t fully know if gallstones are causal or just correlated, but with millions having gallstones and such a small risk of cancer, a causal relationship is unlikely. With that said, the formation of gallstones are signs of other gallbladder cancer risk factors such as age, being female and excess weight. 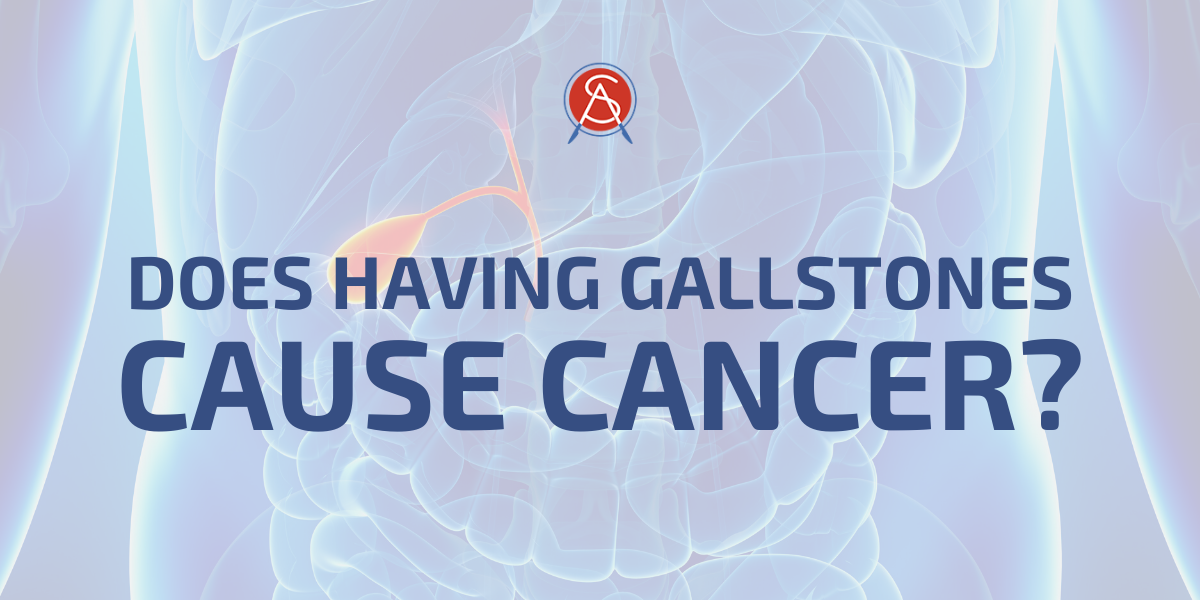 Fortunately, the overall risk of developing gallbladder cancer is very low with only about 12,000 new cases diagnosed every year. With that being said, gallbladder cancer does not often show outward symptoms until its later stages and it tends to be relatively aggressive. Indeed, the American Cancer Society estimates that only one of five gallbladder cancers is diagnosed at an early stage. So, every time we remove a gallbladder, it is sent onwards for analysis by a pathologist.

There have been some clinical studies linking larger, single gallstones with a slightly increased risk of gallbladder cancer. This is likely due to the long-term irritation and associated inflammation of the gallbladder as the stone grows in size. That is not to say that someone with a large gallstone will get cancer, as the overall risk still remains extremely low. However, this will be noted in the pathology report and there will likely be some extra scrutiny as a result.

What if I Do Have Gallbladder Cancer?

We always strive to catch diseases in their earliest stages, and as such, it is important to understand the overall signs of gallbladder cancer. These may include pain or bloating in the abdomen, persistent fever, nausea and vomiting, jaundice and losing weight. Often imaging and blood tests are the only diagnostics necessary to determine if it is, in fact, gallbladder cancer.

Gallbladder cancer is treated in much the same way as we do any other cancer in the abdomen. Diagnosis and staging of the cancer is an important first step. Removing the gallbladder, if the patient’s condition permits, will be followed by analysis of the surrounding tissue to ensure that the cancer has not spread. Depending on the staging and presentation of the malignancy, chemotherapy and radiation may be necessary and will be coordinated with your oncologist.

Ultimately, catching any form of cancer early is key to effective treatment. As mentioned above, gallbladder cancer tends not to show symptoms early on, so if you have symptoms seemingly stemming from the gallbladder or anywhere in the abdomen, it is a good idea to get checked out by a specialist.