Attend A Seminar
Message Us

The Laparoscopic Adjustable Gastric Band also known by its trade name, Lap-Band, is an implant-based surgical solution for patient suffering from morbid obesity. The Lap-Band is unique in that it is the only surgical procedure approved for those with a BMI of 30 to 34.9 that may be suffering from one or more obesity related diseases. All other bariatric procedures require a BMI of at least 35. As the name suggests, the Lap-Band is performed in a minimally invasive manner.

How The Gastric Band Is Performed

The gastric band consists of an implanted medical device that reduces the amount of food that can be consumed at any one time. During the procedure, the surgeon creates five tiny incisions in the abdomen through which specialized medical devices are passed. One of these devices is a small band made of a biocompatible silicon material that is placed around the top of stomach. The inside of the band is composed of small pillow-like cells that will eventually receive saline. The surgeon will fill the band with this sterile saline to create restriction.

Once the band is tightened, it effectively splits the stomach into two chambers. The narrow passageway allows food to pass slowly and restricts the amount of food the patient can comfortably eat in one sitting.

The band is connected to a long thin silicone tube, which is, in turn, connected to an injection port that will be implanted in the abdominal wall, just under the skin. This injection port allows the surgeon to introduce or remove saline to tighten or loosen the band respectively.

Recovery And Results Of The Gastric Band

The results of the gastric band are not as significant as the gastric bypass or gastric sleeve, however the band does not alter the gastrointestinal system in any irreversible or permanent way. Typically, patients can expect to lose up to 55% of their excess bodyweight and resolve or improve many of the diseases associated with morbid obesity. Results will vary between patients.

Benefits Of The Gastric Band

Risks And Considerations Of Gastric Band

FDA approval of the gastric band has given those with milder obesity the option of bariatric surgery. It is important to note, however, that not all insurances will cover patients with BMIs of 30-34.9 for a gastric band. It is therefore very important to learn more about insurance coverage early in the process.

Attending a seminar followed by a consultation with one of our surgeons is the best way to understand if the Lap-Band gastric banding options is appropriate for your particular circumstance. 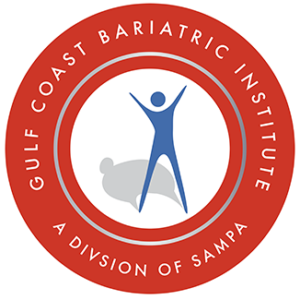