Attend A Seminar
Message Us
Home > GERD, LINX > Can GERD Cause Esophageal Cancer?

Can GERD Cause Esophageal Cancer?

Gastroesophageal reflux disease, abbreviated as GERD, is characterized by the chronic backflow of stomach acid into the esophagus. This acid reflux occurs, when the Lower Esophageal Sphincter, or LES, does not effectively do its job of sealing food and digestive fluids in the stomach once they are swallowed and travel down the esophagus and into the stomach. The reflux, frequently called heartburn, feels like a pain in the chest that starts behind the breastbone and moves to the throat. Patients sometimes report an unpleasant acid taste in the mouth. Patients with GERD sometimes experience a frequent cough or difficult or painful swallowing as the condition persists. 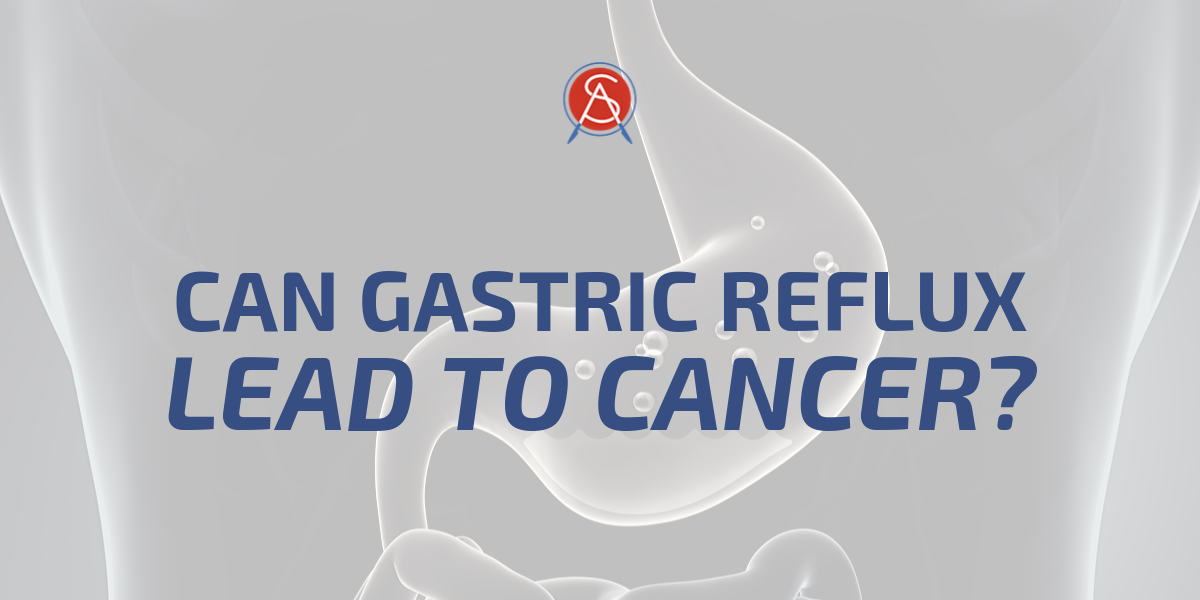 GERD is a common condition, with estimations that around 20% of the US population suffers with the disorder. The longer the condition goes untreated, the more likely it is for complications to occur. Damage caused over time by the frequent backwash of acid can lead to conditions like Barrett’s esophagus, a precancerous condition, and even esophageal cancer. Esophageal cancer is not common. Only about .5% of people will be diagnosed with esophageal cancer in their lifetime, 1 in 132 in men and about 1 in 455 in women. Compare this to lung cancer where the chance is 1 in 15 for men and about 1 in 17 for women. That being said, it is estimated that 17,650 new cases of esophageal cancer will be diagnosed in 2019.

Esophageal cancer is more often found in men and it is associated with alcohol and tobacco use. Other factors that may increase the risk for esophageal cancer include obesity, a diet high in processed meat and low in fruits and vegetables and frequently ingesting very hot liquids or foods that can damage the esophagus when swallowed. There has also been a link established to long-term exposure to some chemicals.

While few patients with GERD will ever develop esophageal cancer, some people should be more wary. This would include those with other risk factors like a family history, GERD that started at an early age, reflux that has persisted for over 10 years, or who have a hiatal hernia or are obese or overweight. If you are concerned about your persistent heartburn or have questions about your digestive health, we recommend a discussion with us about treatment, including the very innovative and minimally invasive LINX device for GERD. If you have been diagnosed with esophageal cancer, surgery may be the best treatment option. Our team is always happy to evaluate you during a surgical consult and help you better understand your diagnosis and treatment options.